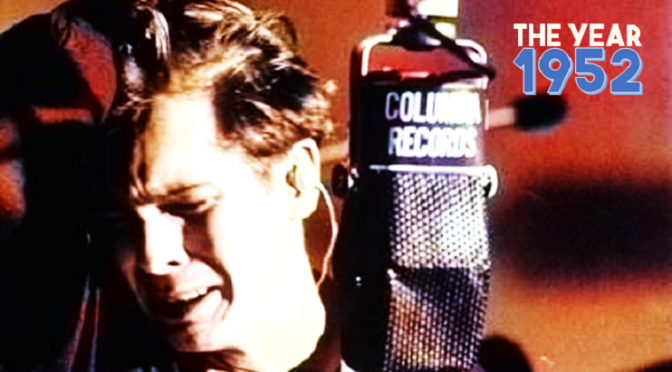 A good year…if I do say so myself. We’re going to count down the top ten of the year 1952…in pop, country, and R&B. The music that year featured sounds that portended the birth of rock ‘n roll, the blossoming of the Golden Age of Country, and the droll mainstream charts couldn’t have been more ripe for steamrolling.  Webb Pierce and Hank Williams dominated the country charts while the white bread pop charts found Al Martino, Johnny Ray, and Rosemary Clooney. But it was the R&B charts that mirrored the emerging energy of swing, rhythm and blues, and rock with the likes of The Clovers, Ruth Brown, and The Five Royales.  The DOW Jones average closed at an all-time high of (a whopping) 269.86. Tune in for the countdown. 67 years in the rear-view on Sonoma County Community Radio.