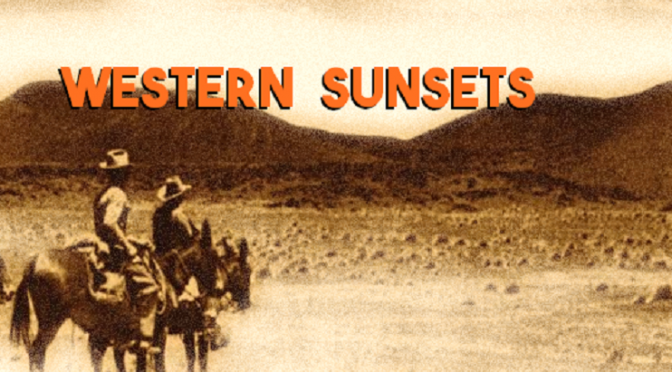 This week’s show has us revisiting the Old Chisholm Trail and prairie passages that resemble all things that follow those romantic icons whose life on the range was less than what their songs usually embellish. In the western sunsets where John Lomax first went out in search of the ‘cowboy song’, we’ll explore more enlightened performances from the silver screen to the deep folk traditions that have become so laminated with romance that it’s hard to see the images beneath. This week’s show will take us from Carl T. Sprague, the original cowboy crooner, to Johnny Horton, Fess Parker, Rex Allen, and Roy Rogers. The music is sometimes sappy (Rick Nelson’s My Rifle, My Pony, and Me), sometimes light (Roy Rogers’ My Chickashay Girl), and other times full of storytelling and history. So many performances to light up the evening sky…just before dusk…just before that ceiling of stars appears in the night sky. Join us for our first live show from our new KOWS studios in downtown Santa Rosa.