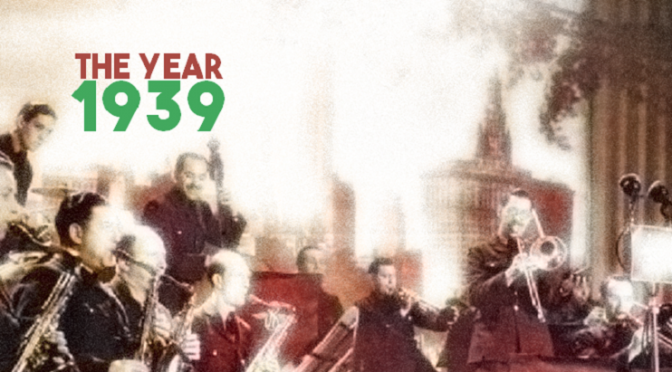 While the clouds of war and fascism were spreading in earnest across Europe, here at home the movies Stagecoach, The Wizard of Oz,  and Gone With The Wind premiered and Steinbeck’s Grapes of Wrath was first published. Lou Gehrig bid farewell,  A pound of hamburger cost 14 cents and the average price of a new car was $700. And the music was both dance crazy and uplifting, with the music of Tin Pan Alley, Broadway and film dominating. This week’s show will feature the music of 1939 with performances from Crosby, Garland, The Ink Spots, Cab Calloway and Billie Holiday. We’ll also be featuring the jazz and big band sounds of Jimmie Lunceford, Coleman Hawkins, Count Basie, and a handful of others. Deeper Roots sounds from over eight decades past on community radio for Sonoma County coming to you each Friday morning and evening.