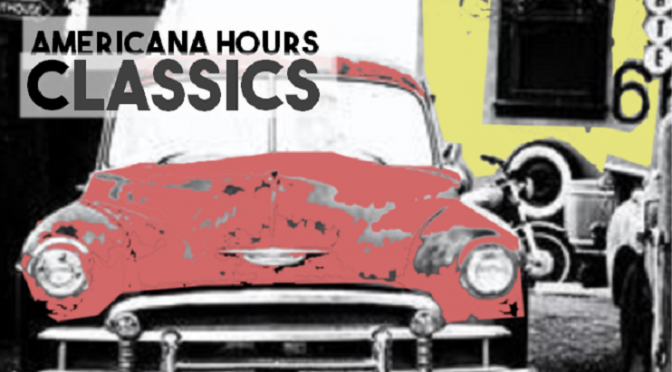 We’re gathering under the Americana tent this morning; well, I guess, technically, we do each Friday morning. But this week we’ll spend some time with the classics. I’ll be sharing mid-century highlights from east, west, north and south in a show that pays tribute to some of the classic performers and performances that codified what’s become known as Americana: not a genre, but more of something in the air that makes you comfortable as a well worn blanket but also is the cold breeze that comes in through the cracks. I’ve got the celebratory sounds of The Blasters, Arlo Guthrie, and the NGDB; the painful reminders of days past from The Band, Chris Hillman, and Guy Clark; the harsh reminders of what got us here from Steve Earle, James McMurtry, and Bruce Springsteen. So much more to share in only two hours on Sonoma County Community Radio. 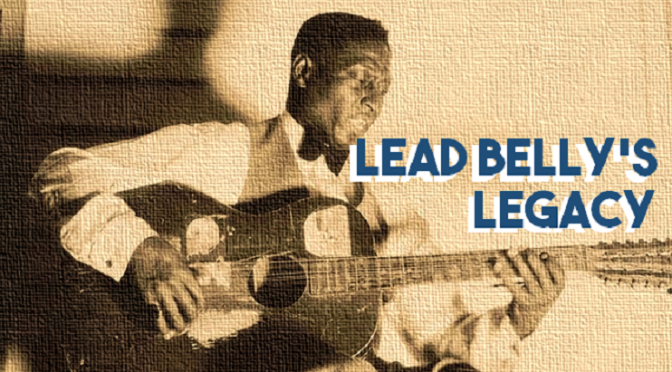 Deeper Roots goes deeper this Friday morning. We’ll be sharing the songs of tradition and folk blues from an artist who opened up a world to a generation of followers in the 1940s and 1950s. With the witting arm of Alan Lomax as his promoter and benefactor, Huddie Ledbetter’s music would get wings and find its place in America’s traditional music lexicon. This week’s show, like last week’s Bill Monroe special, revisits the music that he was identified with, much of which he is credited with bringing into this world, or at least opening our eyes to. We’ll hear from Doug Sahm, Red Smiley, Odetta, The Weavers, Bob Dylan, and many others on a show that celebrates a giant of America’s songbook. Tune into KOWS radio every Friday morning at 9 Pacific for a new episode of a show that’s heading into it’s ninth year here on KOWS Community Radio. 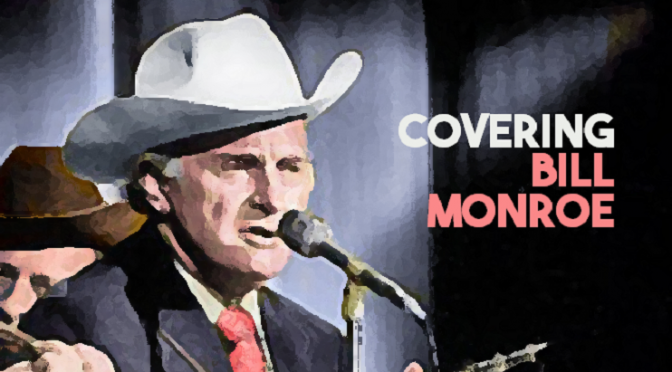 The music of Bill Monroe is the theme of our show today. We’ll be featuring some classic tunes from the Monroe catalog including some traditional tunes as well as those written by the master himself. The performers include those from all walks:  Ray Charles, Elvis, Doc Watson, Bruce Hornsby, and a collection of bluegrass favorites including Jim & Jessie McReynods, Ricky Skaggs, The Seldom Scene and a couple dozen others; all of them covering Bill Monroe’s music with some loyal to the arrangements while others putting their own spin on it. Join Dave Stroud once again for a collection of sounds from those dusty digital bins, those deeper wells, here on Sonoma County Community’s own community radio. Free Form. Free Speech. No Bull. Your alternative radio station in the North Bay. 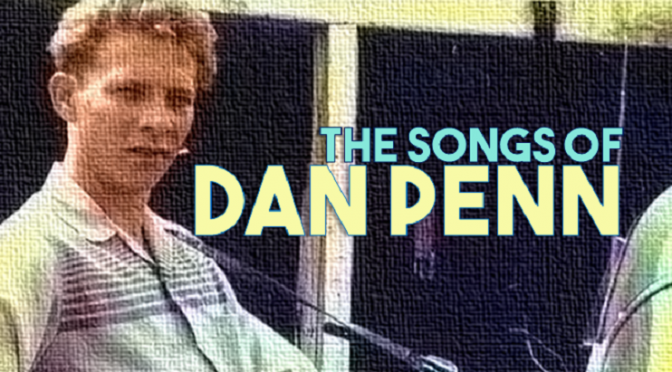 With a new album just released, Dan Penn reminds everyone that there are few songwriters, and only one living, that have influenced (if not defined) the Memphis soul sound as he has. At 78, Dan Penn’s legacy is already sealed with songs that are enduring:  “Do Right Woman, Do Right Man”, “Dark End of the Street”, “Cry Like a Baby”, and so many more. Our show this Friday had to carefully curate tracks from Irma Thomas, Percy Sledge, Solomon Burke, Arthur Alexander, and a couple dozen more to pay proper tribute. As a musician and songwriter, this Muscle Shoals legend deserves a spot in the Rock n’ Roll Hall of Fame and, while never considered a performer, his catalog includes three solo studio albums, one from 1973, another from 1994, and this year’s Living On Mercy. You’ll hear tracks from these and so much more in this morning’s episode of Deeper Roots. 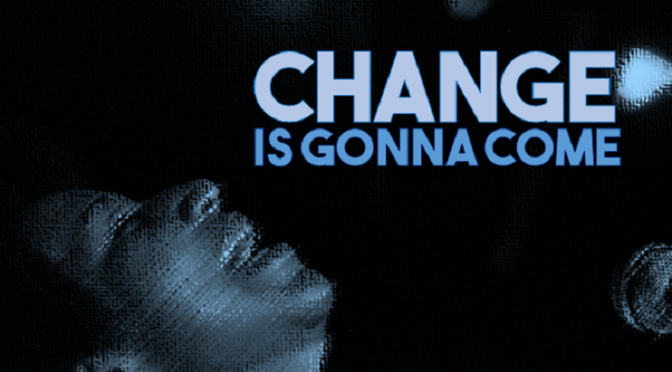 Positive vibes and sweet sounds in another eclectic free form show on Deeper Roots. Dave Stroud will take the opportunity on this week’s Black Friday to share some golden sounds, some classics and others that you may not know. They’re the sounds from the deeper wells and the dusty digital archives of the past century. You’ll hear some Gary US Bonds’ best known and obscure tracks, gospel delicacies from The Gospel Tones and The Zion Travelers, new sounds and classic early tracks from Dion, and so, so much more in the show today as we give thanks for the decomposition of the torch bearers of racism and white supremacy that occupy the highest seats in the land. Change is gonna come and none too soon. 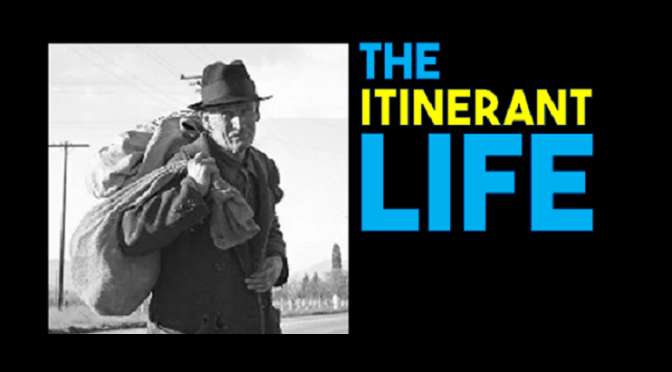 The Great Depression brought to the forefront the blight of runaway capitalism and a country that was not prepared to put safeguards in place for working people, let alone the working poor, until FDR’s New Deal in the 30s. By then it was too late for the many itinerant homeless and impoverished migrant workers who moved from town to town by any means necessary, looking for hope amongst communities of those equally disenfranchised. The itinerant life brought about its own language, hieroglyphics, and rule of law. Our show today rides the rails with the music; songs of the itinerant life. We’ll hear from the likely suspects like Woody and Cisco, Doc Watson, Jimmie Rodgers, and Harry Choates as well as the Goose State Ramblers’ story of Ole Olson, Norman and Nancy Blake’s tale of Hobo Bill, Montana Slim, and Bob Dylan. Tune in Friday morning for the best in roots sounds on the might KOWS Community Radio. 92.5 FM on your dial. 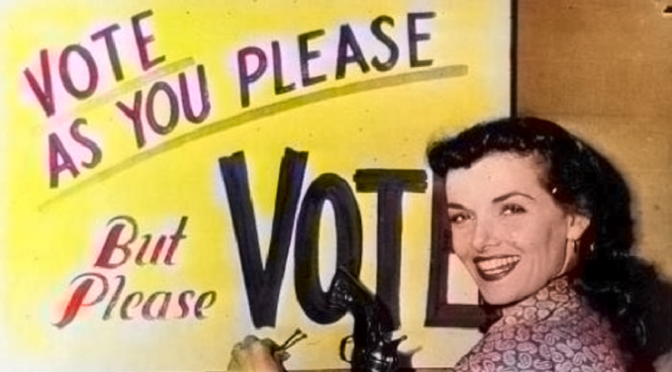 We’ve waited four years so there’s no need for any more hopes, prayers, or incantations. Our way of American life is on the line. The choice is ours. As our image says: “Vote as you please, but please vote.” We’re kicking off the five day countdown with a collection of music featuring political songs, songs about voting, democracy, freedom, and civil rights; ; all of which are currently threatened by this administration and its sycophants, traitors, and rats. We’ll hear from Steve Goodman, Sweet Honey in the Rock, Bob Dylan, The New Christy Minstrels, and (of course) Roy Zimmerman, all of whom touch on one or more of our topics of the day. We’ve got free speech, no bull radio here in Sonoma County and Deeper Roots will take this Friday out to use a bullhorn to ask that you go out and vote, for heaven’s (and democracy’s) sake. We need to turn this ship around and this is our best opportunity.

Free Form Friday is considered the calm before two upcoming events, both suspenseful in nature. Halloween and Election Day. Halloween because we’ll be sharing some of the haunted reminders as well as social distancing, whereas Election Day will send the right message and send the ghouls, rats, and seditionists scurrying back to their nests. This morning’s music is the bright reminder that good still can come of our situation, taking a time out for music that keeps us centered. We’ll make the leap from Mama Cass to Geraint Watkins, Ella to Laura Nyro, John Prine to The Beach Boys…all in perfect form. Join Dave Stroud for another celebration of a hundred years of America’s music on KOWS radio, a bastion of free speech and no bull, streaming to your ears on www.freespeechnobull.com. And donate to support community radio. 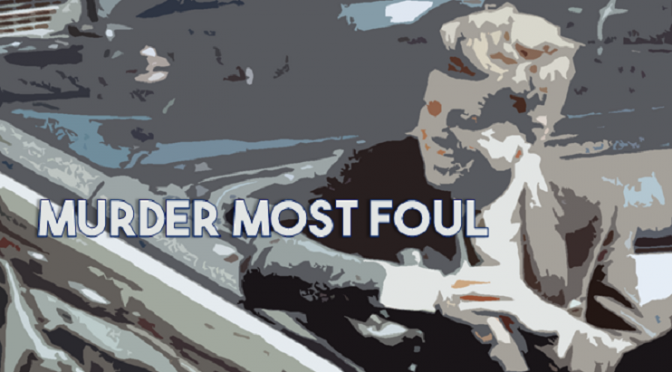 Our show this week is brought to you by a song, a narrative like no other Bob Dylan has ever produced. Murder Most Foul was released earlier this year as the first single from his latest album Rough and Rowdy Ways. It is a 16 minute narration of cultural reflection that speaks to the passing of time in the context of what has been lost and what still might be lost yet still celebrating our gains. The Kennedy assassination is one of those times that we reflect on, remembering the day that it happened with as much clarity as time permits. What Dylan does is use pastel images of ‘what was then’ with who we are now as he speaks to cultural touchstones in his (and our) life. And he warns us, once again, that the times are indeed changin’ and that we should likely hear this song as a storm warning. Tune into for a listen. Two hours of Deeper Roots this week.  You can also find out more about the Dylan song at https://thereader.mitpress.mit.edu/murder-most-foul-and-the-haunting-of-america. 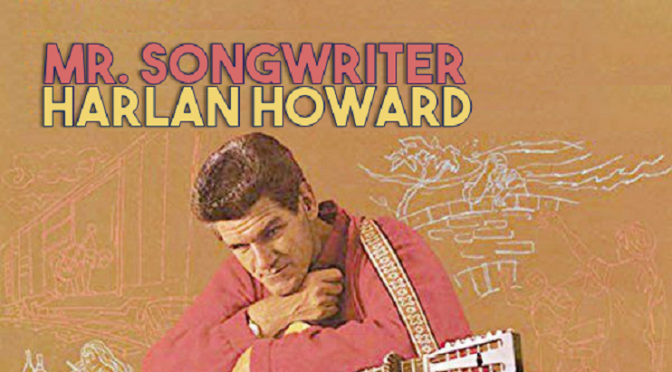 We’ll be honoring the songwriting prowess of Harlan Howard this week on Deeper Roots. A country songwriter and performer whose career spanned six decades and wrote some of the classic songs of the Golden Age, turning formula into phrasing and stories of true life as he saw it. After a few minor successes, his song Pick Me Up on Your Way Down became a No. 2 hit for Charlie Walker in 1958 and Heartaches by the Number for Ray Price the following year,his name appeared at the forefront of songwriting talent of the time. His songs were performed by everyone from Merle Haggard to The Kingston Trio and Johnny Cash and Ray Charles. This week’s show will feature songs written by Harlan Howard and we’ll get to hear him perform many of his own. He  coined the oft-quoted phrase “Three chords and the truth”. Tune in for the festivities.